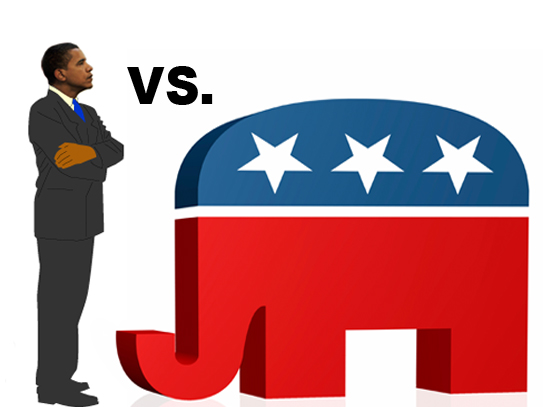 The instant the Ebola crisis hit American shores the inevitable happened. The GOP blamed President Obama for it.

First it was the lame brained borderline racist charge that Obama either deliberately or through sheer incompetence did nothing to seal the borders to keep the virus at bay.

The only slightly more intelligible attack was that Obama did nothing to command the Centers for Disease Control and Prevention to take panic measures to insure no incidence of the disease would turn up in the country.

Then the GOP campaign strategists stepped in and had some of its top candidates suddenly parroting the kooky line that Obama was to blame for a supposedly porous and negligent CDC and border security lapse. Obama’s appointment of an “Ebola Czar” provided even more grist for the GOP hit mill on Obama. It was variously blown off as too little, too late or ridiculed as a desperate appointment of a supposedly medically unqualified political crony.

This is political gamesmanship of the lowest order, playing on media and public fears over a legitimate and terrifying health crisis, to again belittle Obama. And with the stakes sky high in the 2014 mid-term elections the dirty political pool by the GOP was totally predictable. 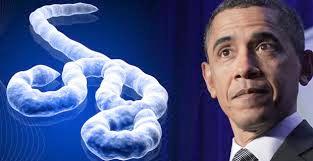 But the twist in the Ebola saga is that the dirty hit job has backfired.  The attack opened the GOP wide open to media and public scrutiny of the galling fact that the GOP has systematically whittled away vital funding for dozens of health programs since 2010.  The CDC, much the whipping agency for the supposed Obama health dereliction, was stripped of nearly $600 million;  millions that could have gone to ramp up monitoring, screening, and education programs, as well as research on vaccines to deal with infectious and communicable diseases.  The names of the more than two dozen Republicans who poleaxed the CDC budget have been published. And to no surprise the bulk of them are either directly affiliated with or have been in part bankrolled by tea party factions. In September, there were initial reports that House Republicans would cut almost half of the nearly $100 million that the White House wanted earmarked to fight Ebola. It didn’t happen not because of any sudden epiphany by the GOP House members to provide all the funding that the White House asked for the program, but because word had quickly leaked out about the defunding possibility, and that would have been a PR nightmare that even the most rabid anti-Obama House Republicans knew was fraught with deep peril.

GOP leaders have hit back hard on the charge that they are somehow to blame for any laxity in the fight against Ebola by claiming that Obama and the Democrats have also made cuts in the NIH budget and that those cuts are the reason for any shortfall in the CDC’s funding for programs. That’s true as far as it goes. But what the GOP conveniently omits is that the cuts to the NIH budget and indeed all other health and education and domestic spending program cuts were agreed to by Obama with the GOP jamming a virtual political gun to his head demanding he sign off on cuts as the draconian price for ending gridlock over the deficit war.

Now in the backdrop of a potential catastrophic health nightmare, the cuts have suddenly become as big a political campaign tug of war as the blame game about Ebola. But it’s one that the GOP can’t win. Because it, not Obama and the Democrats, have been firmly identified in the public eye as the ones that have consistently sledge hammered the Obama administration and Congress to cut, cut, and cut some more spending. No matter how much the right wing gnashes its teeth, shouts, and moans and attempts to turn the table and finger-point Obama for the funding fall off in the Ebola fight, it won’t change that naked reality.  The hit ads that Democrats took out lambasting the GOP for the funding cuts are believable not because of any numbers accuracy or inaccuracy but in part because of public  belief that when it comes to pound saving, the GOP will go to any length to save a dollar at the expense of vital programs.

The ads are believable in greater part because the GOP has left no stone unturned in its ruthless and relentless drive to use any and every crisis real or manufactured to paint Obama as a weak, ineffectual and failed president and presidency. It has banked on, and stoked, the frozen political divide in the country knowing that a wide segment of the public has open, unabashed contempt for his policies and his administration. The GOP banks that it can swivel this divisiveness into sustained opposition to those policies, and that it can further boost its numbers in the House and especially the Senate in the 2014 midterm elections. The ultimate aim is to translate the incessant hit attacks on Obama into a White House win in 2016.

The Ebola scare gave the GOP another seemingly readymade opportunity to blame Obama for yet another crisis.  But this time the signs are good that the ploy has backfired.
Read more at https://www.eurweb.com/2014/10/republicans-ploy-to-blame-ebola-on-obama-backfires/#Ski58Hz2k7ite3e6.99