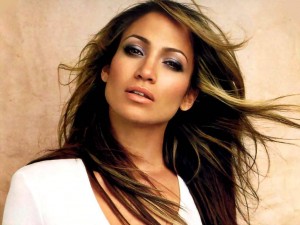 Jennifer Lopez is not afraid of her relationship history — especially her three failed marriages. She’s focusing on herself though — instead of pursuing a relationship, according to MadameNoire.

Although her friends try to set her up — playing matchmakers, she’s putting her energy towards herself and less dating now.

“My friends are constantly trying to set me up but I’m just not there right now. It’s not something that’s a priority,” she said.

She’s traveled from relationship to relationship over the years –receiving a lot of criticism for her ability to never give up on love, but she’s looking at things a little differently now.

“I have gone from relationship to relationship but, at the end of the day, I am not ashamed of the path I have taken or the lessons I have learned,” she said.

“I am who I am and I am human,” she added. “I do what feels right in the moment. And right now it feels good to just be on my own and have some ‘I love Jennifer’ time, which I haven’t done a lot in my life.”

Lopez is focusing on her music career — releasing new records like “Booty” and judging “American Idol.” But she’s also focusing on motherhood and her six-year-old twins, Max and Emme.

“You just want the kids to know they are loved, that’s the most important thing. Being a mother is my number one priority… I am just spending time with myself and my kids,” she said.

She added, “I still believe in love, of course, but the thing you think about most is, ‘Who is good enough to come into the life of me and the kids?’”

But the burning question on everyone’s minds — will she get married or fall in love really hard again… sooner than later?

“You know, I’ve always believed in that institution but it is difficult. At the end of the day you just have to listen to yourself. You can’t get clouded with the voices and advice of others all the time,” she said.

She added, “I have a gut instinct and I follow that. When I don’t it’s when I usually go wrong with people and relationships. You make decisions for two reasons: out of fear or out of love, and when you make them out of fear they end in misery.”
Read more at https://www.eurweb.com/2014/10/j-lo-is-not-ashamed-of-marrying-three-times-works-on-herself/#eQP8VDvYlD4tC66i.99