Spike Lee owned the room at Chicago’s City Winery—on the heels of his controversially-named ChiRaq film—and he stayed true to his gritty reputation.

The visionary director didn’t mince words as he shared colorful anecdotes about his body of work during the event, An Evening of Film, Wine & Music with Spike Lee. Here are a few of Spike Lee’s musings.
1. Once upon a time, Spike Lee feared his actors and hid behind the camera.
“First two films, She’s Gotta Have it, and School Daze, I did not know what the f@!k I was doing. It wasn’t until Do the Right Thing that I was confident as a film director. When you come out of film school you are afraid of actors. You don’t know the verbiage, so you just hide behind the camera and let the actors do what they want. So it took my third film; and that’s when I became confident.” 2. Spike Lee Believes Denzel Washington lost the Oscar for his work in Malcolm X because the Academy had to do right by Al Pacino.
“Denzel that year lost to the great, Bronx-born actor, Al Pacino. Al was nominated but did not win for Godfather I, Godfather II, Serpico, Dog Day Afternoon, Scarface, he didn’t win.
Makeup call: Denzel was young, he won an Oscar already for Glory, Best Supporting Actor, beat out Danny Aiello for Do the Right Thing, so they fucked over Al Pacino. He had 65 roles, five times he didn’t win; he didn’t win one. Scent of a Woman, you’ve gotta give it to him! Denzel wins for Training Day: Makeup call. You’re not going to get it back, but you know why you got it; because they [the Academy] wants to correct something they feel that was done wrong in the past.”

3. Spike Lee Believes that Hurricane Katrina victims were murdered.
“Those people were murdered because their own government took five days to show up. The Royal Canadian Mounties showed up there before the U.S. government, and they’re another country.
A year before that, there was a Tsunami in Sri Lanka, and we were there in like two-and-a-half or three days, and the mother–cker is half way around the world. And unless something has changed, the Gulf States, Alabama, Louisiana, Mississippi are attached to the country of the United States.
And because of George Bush, Rumsfeld, Dick Cheney, and Condoleezza Rice…that was not a mistake that it took five days to get there. And people who survived it no longer have fathers, mothers, sisters, brothers, cousins, friends, because it took five days for the United States government to come to the aid of her own citizens.
We should remember during this upcoming 10th anniversary that people aren’t here who should be here, and who should be alive. They were murdered.”

4. Spike Lee owes his film career to his grandmother, Zimmie Shelton.
“After 50 years, my grandmother (an art teacher) saved her social security checks for her grandchildren’s education. And since I was the first grandchild, I had first dibs. My grandmother put me through Morehouse, my grandmother put me through NYU film school, and my grandmother gave me the seed money for She’s Gotta Have It.
And so often, parents and relatives kill dreams more than anybody else, real talk. I was fortunate I came up in an artistic family so no one looked at me like I was crazy or looked at me sideways when I said I wanted to be a filmmaker. When I told my grandmother that I wanted to be a filmmaker, she said, ‘Spikey I don’t know anything about filmmaking, but that’s what you want to do, and I will support you.’” 5. Spike Lee wants to work with Denzel Washington again.
“Denzel and me worked together four times, Mo’ Better Blues, Malcolm X, He Got Game, Inside Man, so hopefully one day we’ll have our fifth film together. I don’t know what it is, but hopefully.” 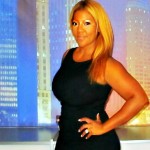