The IRS, through its Criminal Investigation (CI), is organized to promote voluntary compliance of the tax laws. It has the authority to both investigate and prosecute those it suspects are breaking the law. Although CI recommends prosecution of only a small number of taxpayers or non-filers each year, most cases prosecuted result in convictions. There are three basic components that comprise the life cycle of a criminal investigation: (1.) determination of whether a crime has been committed, (2) referral to the Justice Department for evaluation of the case, and (3) prosecution.

The division has agents throughout the world. They investigate crimes involving money laundering, federal taxes, and The Bank Secrecy Act laws.

According to the IRS, these are some of the common tax crimes:

•Attempt to Evade or Defeat Tax. The IRS defines tax evasion as the willful attempt to “evade or defeat” a tax or its payment. Conviction under the felony tax evasion provision requires commission of an affirmative act to evade tax, such as filing a false return, whereas a mere commission, such as failure to file a return, can result in a misdemeanor conviction. Tax evasion is a crime; tax avoidance is not. According to the IRS, one who avoids tax does not conceal or misrepresent. Evasion, on the other hand, involves deceit, subterfuge, concealment, or other attempts to obscure events or make things seem other than they are.

•Willful Failure to Collect or Pay Tax. To be guilty of a crime, you must have a responsibility and /or duty to collect and/or account for and pay over a tax, and a willful failure to collect and/or truthfully do so. This type of offense is generally involving an employer who fails to withhold and deposit trust fund taxes for the employees.

•Willful Failure to File a Return. This crime involves willfully failing to file a return, not paying taxes or estimated taxes, not keeping records, or not supplying information required by the laws or regulations. It is a misdemeanor but can become a felony if concealment of assets is involved.

Criminal and civil penalties may be imposed for the same offense. After the criminal case has been tried, whether the taxpayer has been convicted or acquitted, the government will almost always seek the appropriate civil penalty.

The IRS has an “Individual Master File Case Creation Non-Filer Identification Program” that identifies taxpayers who have filed an individual income tax return in the prior year but failed to file in the current year. The IRS is aware of these non-filers because it has received third-party income reporting documents. The IRS also has implemented the “Business Master File Case Creation Non-Filer Identification Process.” This process also uses third-party information and other account data to identify businesses that have not filed.

There are several ways the IRS has in discovering a taxpayer’s failure to file. The first is a delinquency check of returns that, according to IRS records, should have been filed. The second is the Information Returns Program (IRP), which begins with the IRS receiving information returns from payers of income. The information returns are matched with information reported on filed tax returns. This program identifies taxpayers who have failed to file and those who have underreported their income on filed tax returns.

Another common source of leads of non-filers is tips from ex-spouses, former friends, angry neighbors, and disgruntled employees.

According to IRS policy, “All delinquent returns submitted by a taxpayer, whether upon his/her own initiative or at the request of a Service representative will be accepted. However, if indications of willfulness or fraud exist, the special procedures for handling such returns must be followed.” The policy also indicates that non-filers normally will not be asked for more than six years of tax returns without prior managerial approval. Remember, for every tax problem, there’s a solution.

Constant W. Watson III, CPA, CTRS, is both a Certified Public Accountant and a Certified Tax Resolution Specialist. He is only one of six Certified Tax Resolution Specialists in the State of Illinois who is certified by The American Society of Tax Problem Solvers. With more than 30 years of income tax and accounting experience, he has a reputation for excellence and client satisfaction. For a Free Consultation, call him at (708) 206-9900. 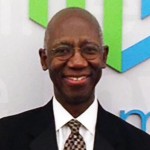