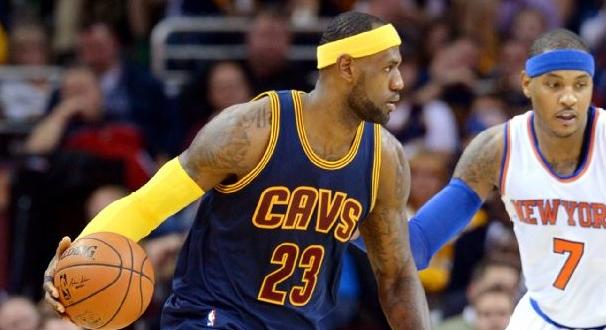 (Via ESPN) – LeBron James shot miserably. His passes were errant. He didn’t look good doing much other than tossing powder in the air.

His homecoming was horrendous.

“I didn’t press,” James said, dismissing nerves as a factor. “I didn’t do much.”

James struggled from the start in his first game with Cleveland in four years, and the New York Knicks ruined the megastar’s emotional return home with a 95-90 victory over the Cavaliers on Thursday night.

James, who returned to the Cavs and his native Ohio this summer after winning two NBA titles in Miami, finished with 17 points on 5-of-15 shooting. He also committed eight turnovers and never looked comfortable on a night when the entire city — and a star-studded crowd — celebrated his comeback.