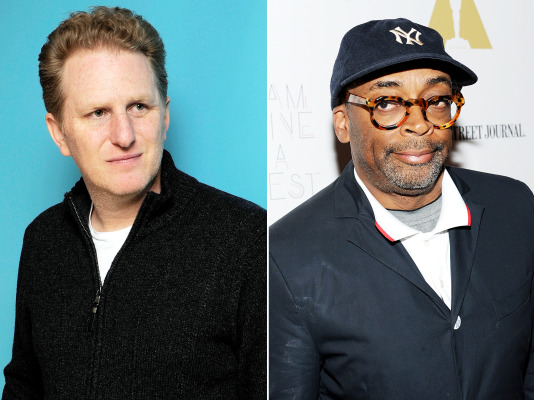 Looks like the beef between Michael Rapaport and Spike Lee is dead.

So says Rapaport, who mentioned that he and Lee squashed their conflict over the phone.

“I called him. I reached out to him. To be honest with you, that was the first time I’ve said something that kind of took on a whirlwind,” the actor/director told HuffPost Live’s Ricky Camilleri on Monday while discussing his upcoming ESPN documentary “When The Garden Was Eden.” “And then there’s always subliminal race things, gentrification, Spike Lee. I didn’t feel comfortable with it. I wasn’t really aware of the effect it would have … I honestly didn’t feel good about it. I don’t have any personal problem with him. I respect Spike and I respect what he’s done as a filmmaker.”

The end of Rapaport and Lee’s beef concludes months of pointed comments they’ve thrown at each other. Media sources note the beef began after Rapaport voiced how he disagreed with Lee’s rant against gentrification in Brooklyn. In May, Lee labeled Rapaport “stupid” during a May HuffPost Live interview and said he “doesn’t know what he’s fucking talking about.”

Rapaport responded to the insults in July while talking to HuffPost Live in July. During that time, Rapaport called Lee a “shit-stain.” In addition to personal critiques, the directors went in on the others’ moviemaking skills.

Reflecting on the now-past beef, Rapaport stated the whole situation was unnecessary. Nowadays, the filmmaker is more about seeing Lee’s upcoming Knicks documentary on the Triangle offense.

“I like Spike’s docs. He’s a good documentary filmmaker. I mean, he’s a really good documentary filmmaker,” said Rapaport, who mentioned that there are “more important things going on” than their beef. “It was a very cool conversation. It wasn’t tenuous, it wasn’t argumentative. It was really uneventful, to be honest with you. I’ll see him at a Knick game and we’ll cheer side by side. If the Knicks make the playoffs, I hope he’ll give me some goddamn floor seats.”
Read more at https://www.eurweb.com/2014/10/michael-rapaport-reveals-spike-lee-beef-is-dead/#2kR0UIGoQZ9QY2mo.99