An outpour of outrage tore through the net today when an image surfaced of a young black model wearing a hoody with the term “coolest monkey in the jungle” splashed across the front. 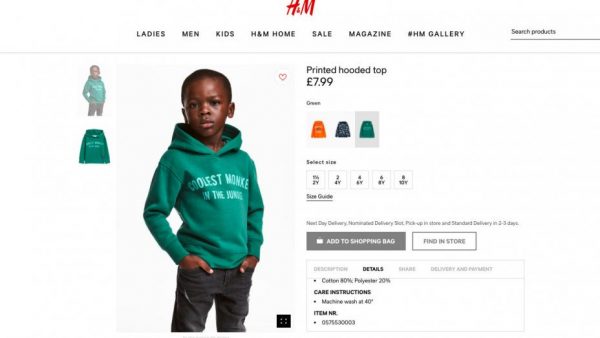 Many have rightfully condemned the company for (at best) racial insensitivity and (at worst) outright racism.

For, it’s mass understanding the plight Black people have experienced over the course of history – including the dehumanizing comparison to monkeys.

A spokesperson for the company issued a statement apologizing. It read:

“We apologize to anyone this may have offended.”

For many, though, it’s too little too late.  And it’s totally understandable to see why.

Said image would likely have had to go through several clearances before making its way into the public domain. So how was this “allowed” to happen?

Tags: boycott, H&M, Racism, We are not monkeys