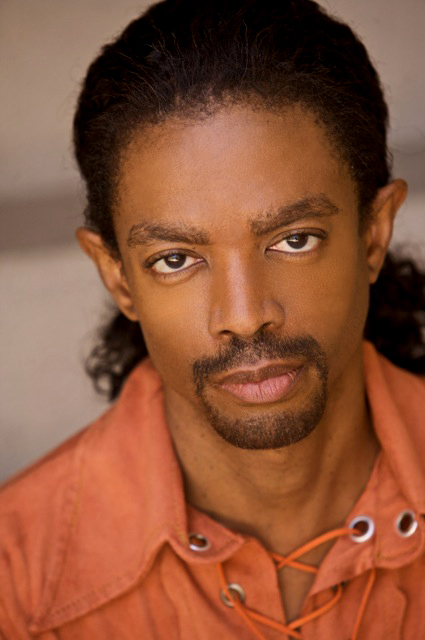 Described as “the production that makes the audience gasp for breath, holding their cramping stomachs, while laughing” Garrett does not disappoint.

Viewers can count on the laughter to become even more outrageous with the addition of its newest cast member, the hilarious Wendell James of the hit docu-series “Raising Whitley” on OWN, which will be returning to television in January 2015 for its 3rd season.

“I am very excited about Beauty Shop! This play has always been one of my favorites. I was invited to audition through my agent, (No privilege for Kym’s Hollywood Husband, I tell ya).  “I did not get the role I auditioned for, but was offered a new role Garrett developed. So, I stopped crying, put down the pepsi, withdrew the divorce papers, and got excited” says James.

James join’s an all-star cast of comedic actors which include Kym E. Whitley, who also serves as one of the Executive Producers, Coco Brown, Tiffany Haddish, Dorian Wilson, Jackie Christie and Retha Jones to name a few.

With this amazing cast the highly anticipated one night only show is expected to sell-out! The 25th Anniversary of Beauty Shop will be held October 24, 2014 at the Wilshire Ebell Theater in Los Angeles, CA at 8p.m.  For tickets info you can go to Facebook.com/BeautyShopPlay or beautyshopplay.com.

About Wendell James
As an actor and former KCAA talk radio show host Wendell James star is shinning bright. Co-starring as Emmy nominated actress Kym E. Whitley’s “Hollywood Husband” on the hit docu-series “Raising Whitley”, James along with a group of Whitley’s chaotic friends called “The Village” attempt to do something they never done before “raise a baby” together! “Raising Whitley” premiered April 20, 2013 on the OWN Network and after an overwhelming response, it is now in production on season two and scheduled to return to Saturday nights on OWN in January 2015. Needless to say, James’ over the top, straight talk with no chaser type personality along with his fashion savvy has earned him a spot as the official fashion blogger for the show on OWN.com.