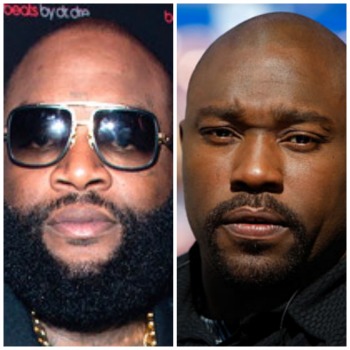 Rick Ross‘ credibility has come into question quite a few times since the beginning of his rap career — especially since his rap persona isn’t totally an accurate portrayal of his real life.

Pro-football hall-of-famer Warren Sapp is the latest person calling Ross out for not being truthful about a Super Bowl bet he supposedly made with Ross.

He blasted Ross as a liar when he stopped by the “Sway in the Morning” — saying he never made such a bet.

He continued with, “Ross is messing with how I feed my family. I can’t be associated with known gamblers. I’m sitting on the stage with him because I’m hosting a party he’s coming through.”

Sapp made himself clear that he’s not a gambler and that he responded to Ross’ Twit pic about the situation without fully understanding the message. But he wants folks to know not to believe everything they see or read on social media platform
Read more at https://www.eurweb.com/2014/10/warren-sapp-blasts-rick-ross-for-being-a-liar-about-super-bowl-bet-watch/#hQc0l37Sq3oHIBJZ.99