After nearly 66 years, Henrietta Lacks is getting recognized for her unknowing contributions to medicine. Recently, hundreds of people gathered in the student center of University of Illinois at Chicago to celebrate and learn more about the “most important woman in medical history,” through three generations of her family. Her daughter-in-law Shirley Lacks, granddaughter Jeri Lacks Whye, and Lack’s great granddaughter Veronica Robinson spoke about the legacy and life of Henrietta.
In 1951, Henrietta Lacks unknowingly changed the course of medicine and science forever. Lacks was a poor African-American woman from Virginia who worked on a tobacco farm before moving to Maryland. After getting married and having 5 children, in January of 1951, Lacks was diagnosed with cervical cancer at Johns Hopkins Hospital in Baltimore, four months after the birth of her last child.
Johns Hopkins Hospital was the only hospital in the area that treated Black patients. After taking a biopsy of her cervix, Lacks’ doctor, Howard W. Jones, concluded that she had a malignant epidermoid carcinoma of the cervix. But after further research in 1970, physicians discovered that she had been misdiagnosed, which was common during this time, and she actually had an adenocarcinoma. After being misdiagnosed, Lacks was treated with radium tube inserts and discharged after a few days. During these treatments, doctors removed two forms of tissue from her cervix without her consent or knowledge. One tissue sample was healthy and the other one was cancerous. According to Lacks’ family, Lacks’ doctors were able to take advantage of her because of her lack of education and not give her any compensation for taking her cells.
The two samples that were taken from Henrietta Lacks were then given to George Otto Gay, a physician and cancer researcher at Johns Hopkins. Gay found that Lacks cells were very unique and they were able to rapidly reproduce allowing for long-term research. Even after Lacks’ death, Gay took more cell samples from her body while at the autopsy facility without the knowledge or consent of the family. These sorts of actions are what has caused mistrust between patients and their doctors and the Lacks family is determined to put an end to that.
“It’s a story that frequently happens to people but isn’t being told. We’re here to inform and inspire people in the community so that we can move science, research and medicine forward, and to bridge that gap of mistrust between science/medicine and the community,” Veronica Robinson said at the UIC event.
The cells from the cancerous samples were known as HeLa immortal cell line. When asked whose cells they belonged to, scientist did not claim them as Henrietta Lacks, instead they began making up names of men because they did not want to admit their wrongdoings, especially since they were cells of an African American woman. These cells were commonly used in contemporary biomedical research, including injecting them into cancer patients, prison inmates, and healthy individuals. In addition, HeLa cells assisted in the development of the polio vaccine and has helped advance more treatment for cancer, cloning, and gene mapping.
Today, Henrietta Lacks family continues to keep her legacy alive and promote honesty within science and medical research. The Henrietta Lacks Foundation is working to assist those individuals who have made contributions to medical research without their knowledge or consent or receiving any compensation. According to University of Illinois Health Cancer Center, human subjects are being protected today on a federal and institutional level if their standards are not being met or there is not documented consent.
The great Henrietta Lacks is now acknowledged and recognized across the nation in many ways. Morehouse School of Medicine honors Lacks annually with their HeLa’s Women’s Health Conference, and in 2014, Lacks was inducted into the Maryland Women’s Hall of Fame. In 2010, the annual Henrietta Lacks Memorial Lecture Series was established by Johns Hopkins Institute for Clinical and Translational Research to honor Henrietta Lacks and her contribution to medicine and research. In addition, “The Immortal Life of Henrietta Lacks,” a drama television film, starring Oprah Winfrey, premiered in April of 2017. This film gives an in depth look into the life of Henrietta Lacks and the tribulations she had to go through and you will learn about the cells that changed medical science forever. 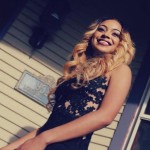