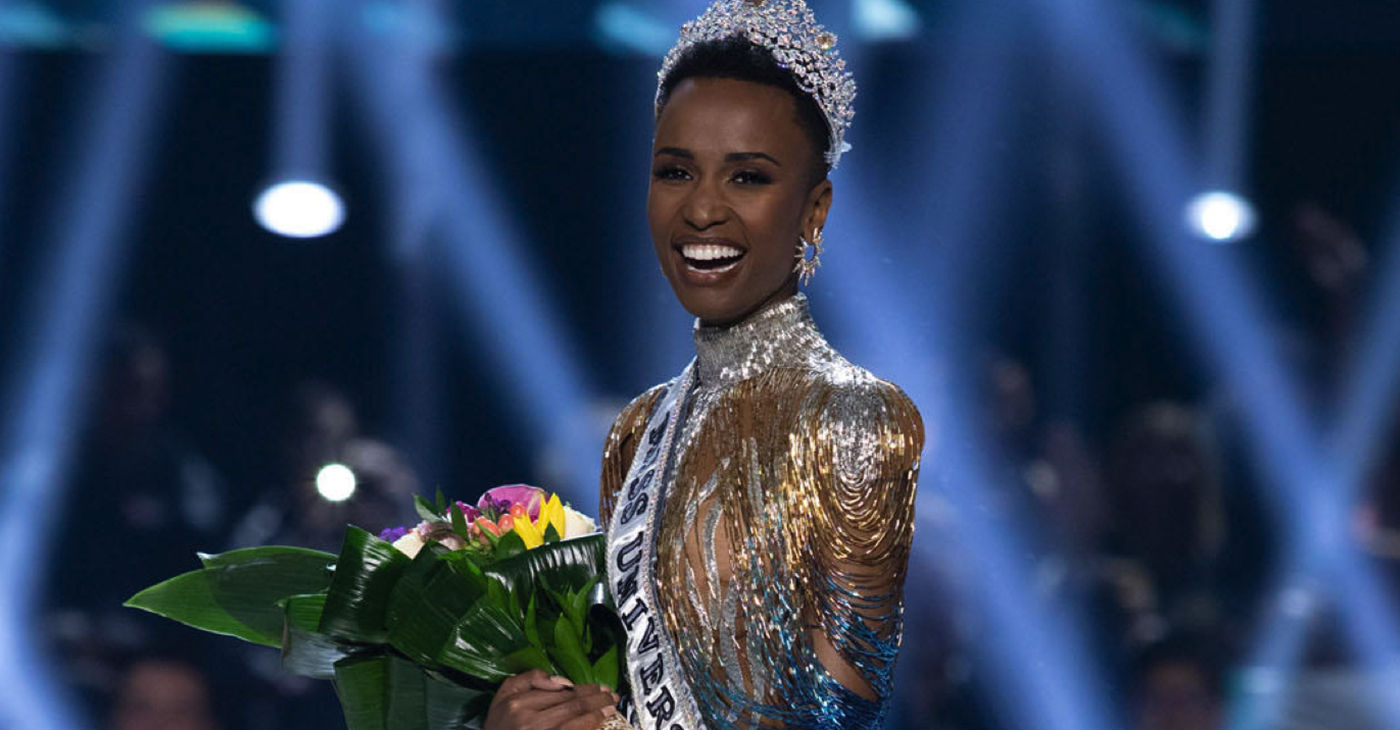 Zozibini Tunzi said she grew up in a world where a woman who looks like her, was never considered beautiful.

“I grew up in a world where a woman who looks like me, with my kind of skin and my kind of hair, was never considered beautiful,” Tunzi stated.

“I think it is time that that stops today. I want children to look at me and see my face, and I want them to see their faces reflected in mine,” she added.

The 26-year-old from Tsolo, South Africa, speaks English and Isixhosa.

Tunzi’s official biography notes that she’s a passionate activist and engaged in the fight against gender-based violence. Tunzi has devoted her social media campaign to changing the narrative around gender stereotypes, and she said she’s a proud advocate for natural beauty.

Tunzi also works to encourage women to “love themselves the way they are,” she stated.

“Tonight, a door was opened, and I could not be more grateful to have been the one to have walked through it,” Tunzi wrote on Twitter after being crowned Miss Universe 2019.

“May every little girl who witnessed this moment forever believe in the power of her dreams, and may they see their faces reflected in mine. I am Miss Universe 2019,” she stated.

Sofia Aragón of Mexico and Madison Anderson of Puerto Rico were the two runners-up in the pageant.