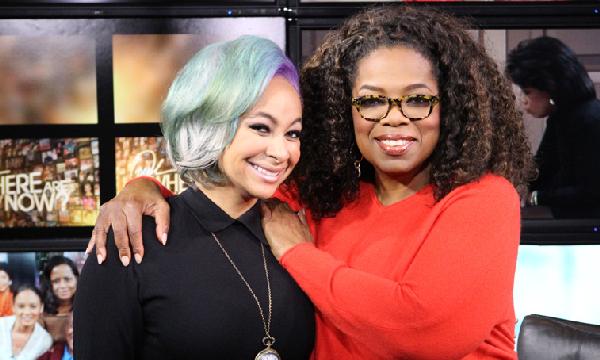 We’re sure Raven-Symoné didn’t expect the kind of trolling and downright internet bullying she’s been getting ever since she spoke her mind to Oprah about race and being labeled.

In the wake of her comments, the one about being American and not African American, all hell seemingly broke loose. So much so that she issued a statement to try and clarify her what she meant:

“I never said I wasn’t black… I want to make that very clear. I said, I am not African-American. I never expected my personal beliefs and comments to spark such emotion in people. I think it is only positive when we can openly discuss race and being labeled in America.”

Apparently that statement hasn’t done much good. Unfortunately for her, she’s been getting it right and left from bullying trolls. To address the hurtful situation, Raven posted an open letter on her Facebook account:

I don’t take offense to those that are mad at my personal opinion of myself. Like before, I’m glad there are conversations happening. Our generation tends to stay comfortable ,at times, with issues and topics that need to be addressed.

QUESTION: If we are taught not to repeat history by learning it. Why do we continue to repeat? We must not be learning it correctly.

What does irritate me is the bulling tone towards myself and other opinions in the blog. Keep your disrespectful, mean, hurtful, words in a diary for yourself. Personal attacking is not needed, and no matter what race, nationality, culture, or womb you came out of; strive for respect. Strive to be virtuous, so the conversation can lead to great things, other things.

Our ancestors of all races had the courage to stand up for what they believed in no matter what the fight. Back then I hope the motto wasn’t…”the more haters the better”

We have reached a standstill in our progression as Humans. Let’s have a floor of RESPECT, KINDNESS, OPENMINDED-nESS. Showing your disagreement with my personal comments by using language you were not allowed to use as a child is just.

My momma reads this, and so do others. #bully

We wish Raven-Symoné the best in dealing with this. Hopefully the online bullying will stop, but don’t be surprised if it doesn’t. So, we have to ask. What would YOU do if you were Raven?
Read more at https://www.eurweb.com/2014/10/raven-symones-open-letter-response-to-internet-bullying-over-oprah-comments/#XS4ZH7Loo9brjY71.99