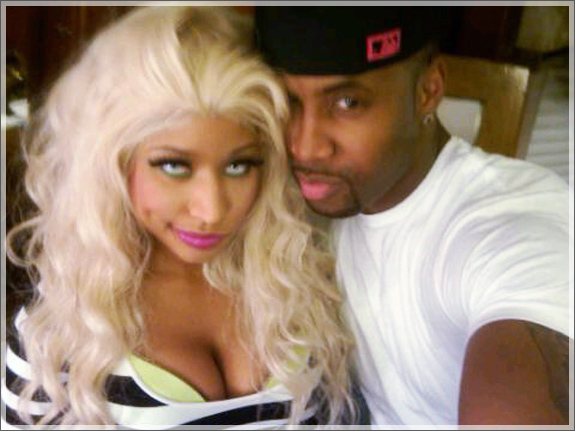 Sources confirmed Nicki Minaj ended her relationship with Safaree Samuels since he was supposedly jealous of her success.

According to TMZ, there was an arrangement for Minaj to be the breadwinner and Samuels was to only be a backup singer, personal assistant and hype man.

Rumor has it he got tired of being in the background and grew extremely bitter and angry over her success.

Minaj finally had it with him when he didn’t show up to one of her shows — leaving her freaking out about finding a hype man.

When she approached and confronted him about missing the show, he flipped out on her — leading to their relationship coming to a close.

Although Minaj called it quits with the hype man, what really sealed the deal on their relationship is how he had his tattoos  of Minaj (viewable at TMZ) removed.
Read more at https://www.eurweb.com/2014/10/nicki-minaj-breaks-up-with-boyfriend-safaree-over-jealousy-of-her-success/#UX0h5CCqZHFD10Rt.99