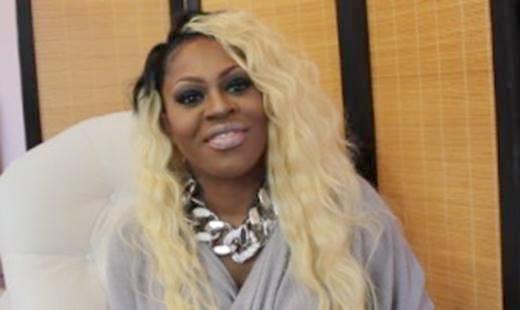 Lil Mo has been down the aisle several times. First with her ex-husband Al Stone, but they divorced after nearly five years together in late 2005.

She then married gospel artist and producer Phillip Bryant. The couple had two sons together, but officially divorced in 2014 after she caught him cheating on her.

She didn’t waste anytime by marrying amateur boxer Karl Dargan. Not only that, but she opened up to Global Grind about why she has married so many times.

“Just don’t be afraid of it. Stuff happens. People grow apart. Sometimes people grow apart after 40 years. I’m glad mine were six years a piece. And I got over it. I kept it moving,” she said. “I never became a victim of becoming the single, angry, Black woman that they think we all are. No, I never gave up on love.”

She added, “I’ve seen my parents be together and married for close to 40 years. It can work. Even though she’s only been with my father, that’s her only marriage. I wished that I could have had that for myself but it didn’t work out like that. ”

Lil Mo said she is not afraid of making mistakes when it comes to love, but she realized that she was looking too hard for it instead of letting love find her.

“So as many times as it’ll take for me to actually find a true love, so be it,” she said. “One of the mistakes I made was I was looking for it. I didn’t let it find me. And I had to find it within myself first. ”

She added,  “I know that sounds cliche ‘Oh, you gotta love yourself first’ but I do love myself but I think I was loving my situation more than myself. ‘I gotta make it work because I know what it looks like.’ But I wasn’t happy.”

She continued with, “and it was so many things that were going on and I was like ‘This ain’t right.’ And because of the church side of me, I always wanted to do everything– ‘It’s better to marry than to burn.’ It’s better to this and I don’t’ want this person to be sat down in church because I don’t want us to be living in sin and adultery and fornication. All the stuff that I learned growing up. And it’s not even about that. Because I was married and it was still a mess. And the reason for me getting married, it was just all wrong. ”

But she feels as though she finally got it right with her current husband Dargan. And she feels this is her last time finding love and being truly happy.

“So I finally have a chance to get it right. This is my last time. This is the time I feel like a girl. I get to have a real wedding,” she said. “I get to really plan. I get to dress up and be the princess one day. So those other two marriages didn’t count.”
Read more at https://www.eurweb.com/2014/10/lil-mo-dishes-about-being-married-so-many-times-watch/#PZXJ0gEBSiTfkabR.99