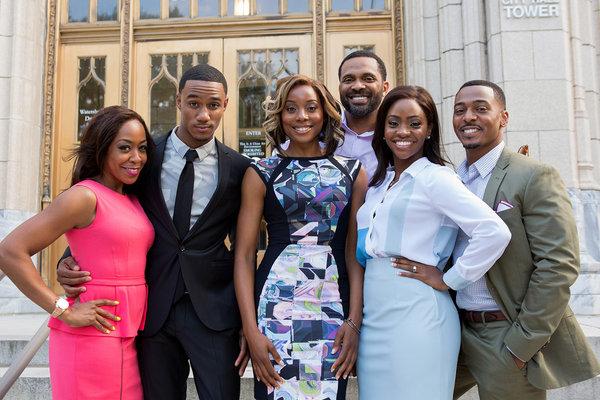 LeBron James’ Survival’s Remorse Gets Season 2 Renewal*Only six days after “Survivor’s Remorse” debut episode on Starz, the show was picked up for a second season.
The basketball comedy series, which is executive produced by LeBron James, is built around a young NBA star, Cam Calloway (Jessie T. Usher) signed to play in Atlanta.
The comedy follows Calloway as he deals with fame, fortune and leaving his loved ones back home in Boston — issues that James can relate to in his own life … sorta like art imitating life.
“We’re thrilled with the overwhelming critical acclaim Survivor’s Remorse has received, and we look forward to continuing our partnership with such an all-star team,” Starz CEO Chris Albrecht said, according to the Hollywood Reporter.
But “Survivor’s Remorse” isn’t the only Starz original series — which the network is focused on its expansion in diversity — that’s been renewed for a second season. Albrecht commented on “Power,” the crime drama produced by 50 Cent.
“The not-so-surprising secret about ‘Power’ is that white people don’t watch a lot of shows that don’t have a lot of white faces in them. That’s going to take some time,” he said.
The premiere of “Survivor’s Remorse” pulled in 200,000 viewers, but a total of 1.3 million viewers with online viewership. With season two, the amount of episodes will increase from six — like the first season — to ten.