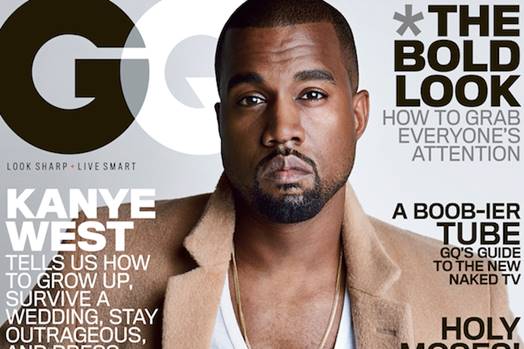 Kanye West is constantly calling himself out as the best! But as a perfectionist, he definitely strives for the best and beyond.

He opened up to GQ about his perfectionism in a behind-the-scenes video while shooting and interviewing for his August cover story.

As for some advice on how to  be a perfectionist, he said everyone should use their voices to their best ability.

But as a perfectionist, nothing is ever good enough for him. He wants to strive to be better — and be the greatest — even at a higher level.

“For me, it’s a fight. Most people are just satisfied with, ‘It’s good.’ Most people are satisfied at like just a 10, or something,” he explained. “It’s not to just stop at 10. You know, 10 is ground zero; perfection is ground zero. We need to take things to a genius level, that’s when you do stuff that’s perfect, that’s past what’s expected.”

At the end of the video — copyrighted and taken down by Conde Nast — West compared himself to famous sculptor, Michelangelo.

“Michelangelo decides he wants to sculpt, there could be a bunch of sculptors that are like, ‘Oh, no, you’re a painter,’” he says. “But he’s Michelangelo. And I am Kanye West.”