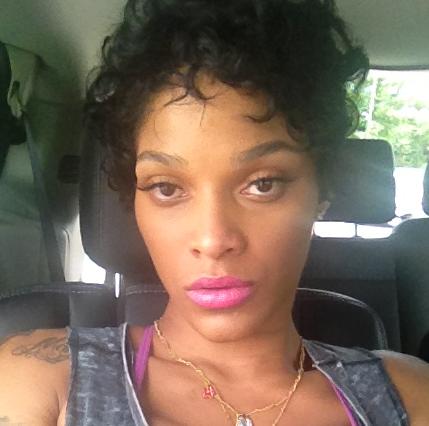 *Well this is kinda interesting. And quite frankly were not sure what to believe.

Or maybe we should just come right out and say we’re not sure we believe the notorious Joseline Hernandez.
Hernandez testified under oath in a videotaped deposition that she and other “Love & Hip Hop: Atlanta” cast members stick to a script. Yes, they’re just acting. What you see isn’t real.
Hernandez is being sued by former co-star Althea Eaton, who claims Joseline got high on crack cocaine and then beat the crap out of her during a reunion show. Hmm, if Joseline is telling the truth, then maybe Althea didn’t get the memo.
Anyway, during the depo, Althea’s lawyer wanted to know if the real Joseline emerged during the fight in question, or whether it was pre-programmed.
TMZ seems to be smitten by Joseline’s testimony and seems to believe she’s 100 percent truthful. And yes there is obviously some degree of acting in reality TV , but we’re not as convinced it’s all acting.
Check her out below and let us know what you think.