Respect our Flag you cry, when thousands have died. When millions have been enslaved and murdered, while our great flag waved for them, not them, but them.
Not us, but them, who stole this land by violence. And they sit up high, with out a god, for god would never enslave us.
How dare you, tell us to respect a flag, while you, do what you will with the flag. But that’s okay with you, because it’s yours to disrespect.
While I, and others just like me, must watch each step we take in fear.
How dare you even say one word,when we have died for you, so you can continue to oppress us.
I take a knee, so one day, all of us can live as one or my children will know I died for freedom.
………………………………….

I remember sitting at my father’s funeral as an honor guard fired into the sky, and then they folded the flag, and gave it to my mother. That flag remained folded as long as I can remember in a safe place of honor.
We never disrespected the flag, being children in the military even when on base, there was constant racism in a divided army. Don’t think for a minute that the army isn’t racist it is filled with all kinds of rednecks. So our opinion of that flag was 2 fold, we lived in the greatest country that offered great rewards, while on the other side, it worked to the advantages of white people, and did it’s best to hide its share of continuing and supporting racism. All this behind a flag and an anthem that stood for justice for all its white brothers.
We understood the hypocrisy of America and watched it every day till today. 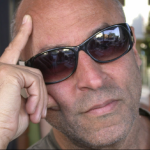