Attendees were unified for why they gathered for this popular festival, Blues, Grooves, Brews and BBQ. The Crescent City Blues and BBQ Festival is another outstanding event presented by The New Orleans Jazz & Heritage Foundation.

The festival was held in the heart of the Central Business District, October 17-19, 2014. 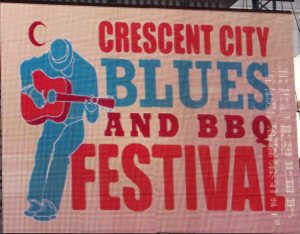 The festival got underway with New Orleans’ own Little Freddie King. Mr. King is always dressed to the nine’s, which didn’t stop him from dishing up some Sho nuff low down dirty blues to an appreciative audience on the tunes “Southwest,” “Bad Chicken,” “Highway,” “Two Days and Two Nights,” “Got My Eyes on You,” “Dr. Bones,” and “Rabbit on a Log” with special guest guitarist Luke Winslow King. Artist John Bukaty created the first official Crescent City Blues and BBQ Festival Poster. The artist representative on the poster is none other than Little Freddie King. This poster will become a collector’s item in no time soon. 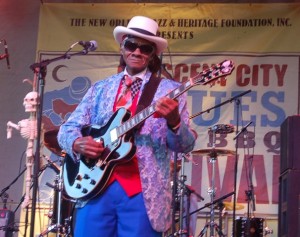 Memphis based Ana Popovic followed on the St. Charles Ave. Stage. I was fortunate enough to witness Ana Popovic several years ago at the Memphis in May Music Festival. She let her powerful vocals and fiery guitar riffs speak eloquently to the audience. The crowd returned the favor, by shouting or clapping their appreciation. Ana Popovic shredded on the tunes “Can You Stand the Heat,” “Rain Fall Down,” “Your Love Ain’t Real,” “Let Your Man Have a Boys Night Out,” “Every Kind of People,”  and “Living on the Edge.” The crowd and I were up bright and early to stake out a prime location for day two of the festival. We were treated to different hues of the blues, showcased alternately on the Camp Street Stage and St. Charles Ave. Stage. The crowd was treated to the distinct blues sounds of Marc Stone, Leo “Bud” Welch and Selwyn Birchwood Band. Soulful vocalist and guitarist Joe Louis Walker headlined the Camp Street Stage for a captivated crowd. Joe Louis Walker’s set consisted of the tunes “I’m Messing Around You,” “Fool Like,” “Let Your Hair and Have a Natural Ball,” “In the Morning,” “I’m a Soldier for Jesus,” and “Your Rambling Man is Going Away.” 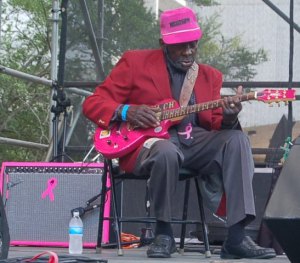 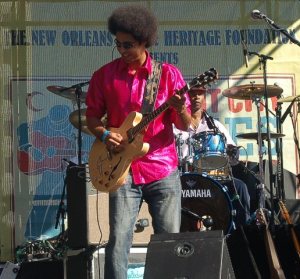 The St. Charles Ave. Stage was smoking right off the bat. King James & the Special Men got the crowd moving and grooving with a phat set of New Orleans Blues, R&B and Rock & Roll on the tunes “Special Men Boogie,” “Guitar King,” “Love Me Baby,” “9th Ward Blues,” “Tell Me,” and “Eat Dat Chicken.” Blues enthusiast didn’t get a chance to catch their breath, as Papa Mali followed with an explosive set. Walter “Wolfman” Washington & the Roadmaster took the entertainment up a notch with a set of original tunes. 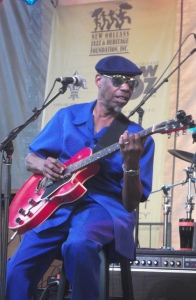 Los Angeles based Los Lobos romped through their hour and half headlining set by successfully blending blues, with elements of rock and marinated with some tight Latin grooves. The festival took a page from the New Orleans Jazz & Heritage Festival by presenting a separate Oral History Stage. These interviews were held in the Nord Theater of Gallier Hall. The intent was to allow attendees to learn about the lives and musical influences of various musicians as well as acoustic performances. These interesting interview sessions were informative, educational, and the musicians were hilarious as they shared their stories. Saturday’s interviews featured Ana Popovic, Joe Louis Walker, Leo “Bud” Welch and Papa Mali. Sunday’s interviews consisted of Vasti Jackson, Valerie June, Denise LaSalle and Bobby Rush. 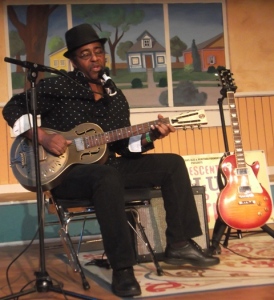 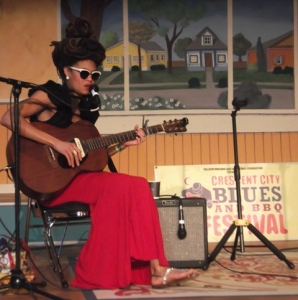 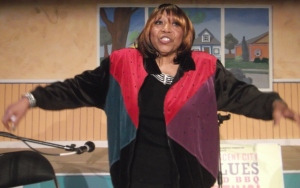 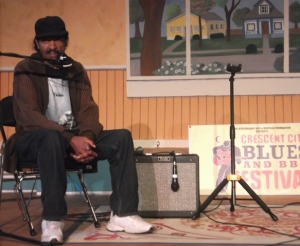 The final day of the festival, Sunday, could have been subtitled “The Soul of the Crescent City Blues and BBQ Festival. Brother Tyrone & The Mind Benders got the St. Charles Ave. Stage going with a crowd pleasing set of soul, blues and R&B to the delight of the large crowd of music lovers on the tunes “How Can I Get Your Love, When You Keep on Snatching It Back,” “Slip Away,” “Never Had Nobody to Love Me Like You Do,” and “If You Ain’t Cheating, You Ain’t Trying.” Vasti Jackson wowed the crowd with his energetic set and fiery guitar pyrotechnics. Extra fire extinguishers were visible throughout his set. 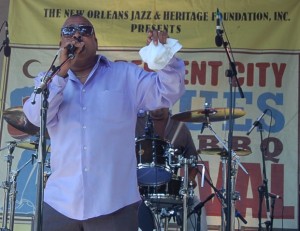 Vocalist Denise LaSalle held the crowd in the palm of her hands while performing many of her classic gems from back in the day as well as some current tunes and some blues “Down Home Blues,” and “While You Were Stepping Out; Some One Else Was Stepping In.” Crowd favorite Bobby Rush performed another helluva show to close out the festival on the St. Charles Ave. Stage. Camp Street Stage featured additional artists who contributed superbly to the success of the Crescent City Blues and BBQ Festival. The featured artists were Luke Winslow King, Mia Borders, Valerie June and Mel Waiters. Mel Waiters added a special touch “The Smaller the Club,” “Hole in the Wall,” “Got My Whiskey,” “Hit It and Quit It,” “Friday Night Fish Fry,” and other tunes that resonated with the crowd.

Blues, Brews and BBQ go together like… blues, brews and bbq. There were plenty of all three served up buffet style all weekend. Attendees were able to enjoy some Gluten-free and Vegetarian dishes. Festival goers and I sampled many mouthwatering, creative BBQ dishes that satisfied out taste buds. Saints fans, as well as football fans in general were able to stay up to date of NFL games courtesy of a huge flat screen television on site. The Arts and Crafts Market was filled with local vendors selling unique, hand-made art works-photography, jewelry, and other crafts. These items make great gifts for any occasion, Anniversaries, birthdays and Christmas, just to name a few.

Ricky Richardson is a Southern California based writer, music reviewer and photographer. Contact him via: liltampared@netzero.net