According to the American Cancer Society, about 2,670 men will be diagnosed with breast cancer this year. The lifetime chance of getting breast cancer in the United States for men is 1 in 833. 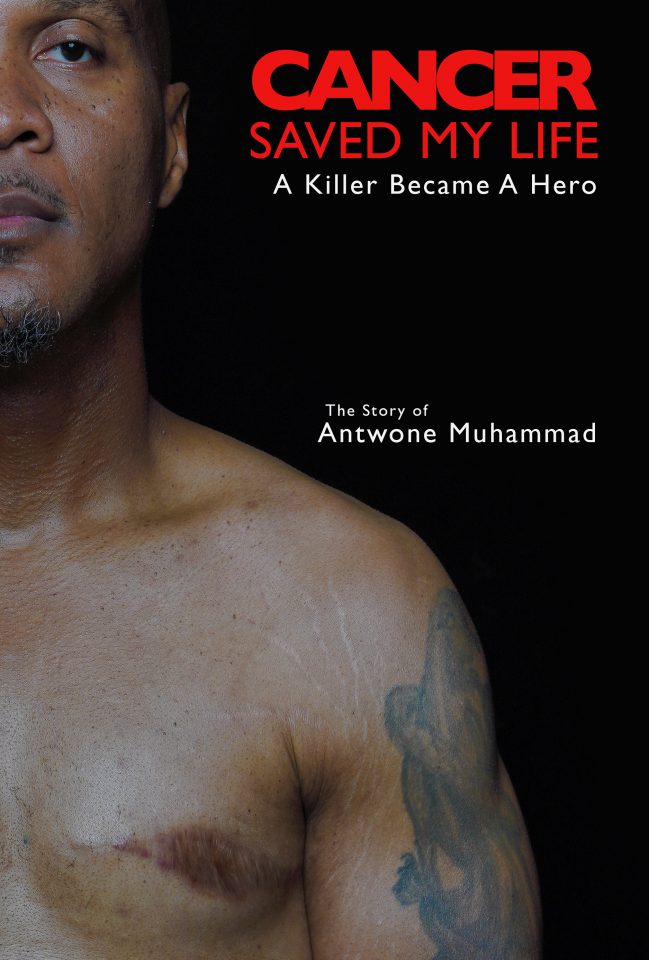 Chicago hip-hop artist Antwone Muhammad was diagnosed with breast cancer in December of 2013. In June of 2014 after surgery and chemotherapy, he went into remission. In June of 2019, his cancer recurred. Muhammad remains a beacon of light as he continues to fight. Rolling out spoke with Muhammad about his battle, his new book, and the fundraiser he is having this month.

What were your initial feelings when you were diagnosed with cancer again?

It hurt because so much has happened in the past year but I prayed and I trust that I will be victorious again with God’s help and support of family and friends.

What are some of the misconceptions when it comes to men and this disease?

The main misconception is that men can’t get breast cancer. It’s largely viewed as a woman’s illness. This illness affects 1 percent of men.

What were some of the symptoms that caused you to take notice?

I started feeling sensitivity on the left side of my chest on my nipple. Soon after, brown fluid started discharging from my chest. This led me to [go to] the emergency room [and] after a series of tests, I was diagnosed with stage three breast cancer.

Talk about your book Cancer Saved My Life. Why did you decide to write the book and why that title?

I feel sharing my experience can help others in their journey and possibly can prevent someone from having a similar experience. The title is important because people only change for three reasons. There are three levels of change. Level one is when we know enough to be able to change. This is when a person has empowered themselves to change. This is the best place to make a change but hardly anyone does. Next is level two. This is when you have to ask yourself, “do I care enough to want to change?” We ask this after we know enough to change but still have not made the change due to excuses or stalling. Last is level three. When we hurt enough to have to change. This is where most make a change. Cancer was that pain for me. It forced me to make changes that have and [are] saving my life. I’m urging people to empower yourself at level one so something like cancer will not have to save you. Save yourself by being proactive [about] illness instead of reactive.

You are doing the “Heal Thyself Fundraiser” at the Promontory on Oct. 20, 2019. What can people expect?

People can expect to have a healing experience which is why we chose this name. We want those in attendance to feel as though they are closer to having peace and better health of mind, body and spirit after leaving this event.

This article originally appeared in RollingOut.com.