Chicago State University has made headlines for a number of issues (rightfully so), however, under the stewardship of its interim athletic director Tracy Dildy, the Cougars’ outlook on the courts, fields, and track has never been better.

Yet, despite positive gains, uncertainty in Springfield has made life hard on Chicago State. Dildy explained his athletic programs experienced difficulties on the recruiting trail this past year due in large part to the perception of the school during the state’s budget impasse. He said, as of now, they’re poised to move forward

“You have to remind [recruits] that we’re not going to close, we’re here to stay, we’re celebrating our 150th anniversary of being in existence and we’re going to be around for another 150 years,” said Dildy. “Coaches have done a phenomenal job going out this spring and recruiting and bringing in student athletes who could really help us win the Western Athletic Conference (WAC) while also not taking away from having a high graduation rate.”

This spring, 21 Chicago State student-athletes will graduate and another six are slated to graduate at the end of the summer term.

Winning the conference and competing in post-season play across all sports is a priority at Chicago State. Dildy projected in one or two years, the entire athletic department will have an opportunity to be highly competitive. He identified the men’s basketball team, volleyball, baseball, and the women and men’s golf teams as a few of the programs squarely on the rise. He said he knows that winning will go a long way towards bringing in more alumni, donors, and fans.

“Everybody wants to be associated with a winner, and the more we turn that corner and start winning, the more you’re going to see the alumni and the supporters come on out,” said Dildy. “That’s on us. In sports, it’s about winning and making them feel proud to be connected to their alma mater.”

Chicago State is still finding its legs after transitioning from the Great West Conference to the WAC in 2013. However, Dildy said the experience has been great for Chicago State. Specifically, he highlighted his teams’ trips to various cities within the conference like Seattle or exotic locales like the Bahamas as eye-opening experiences for his student-athletes.

“[Student athletes] can see themselves in other parts of the country, and so I think from an experience standpoint, I don’t think there’s anything better,” said Dildy.

Dildy, who in addition to serving as interim athletic director, is the men’s basketball head coach.  He said Chicago State is uniquely positioned to take advantage of the wealth of blue chip basketball talent the city has to offer. He acknowledged that while it would be a plus for local hoopers to stay home and play for Chicago State that in reality many want to depart from the city to play. He shared that his pitch to basketball recruits is the promise of immediate playing time, Chicago State’s dedication to its student-athletes, and more.

Chicago’s male prep basketball talent is held with high regard around the nation. According to ESPN’s recruiting database, since 2007, over 40 high school players from the greater Chicagoland area have been nationally ranked including notable names like Derrick Rose, Anthony Davis, Jahlil Okafor, and Cliff Alexander, among others.

“The [recruiting] competition is fierce, it really is; but once we get people on our campus, it sells itself. It’s always been about presenting our university to them,” said Dildy.

Dildy said he doesn’t dwell on the interim label and instead has focused on fighting for more funding, media exposure, fan attendance, and graduating seniors.

“We don’t know what God has planned; I’ve enjoyed this role and I’ve been able to do well in this role because I have such a great administration, staff, and coaches. I actually stay out of their way and let them do what they need to do,” said Dildy.  “Things are really looking up; we’re moving in all the right directions.” 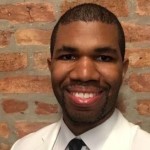