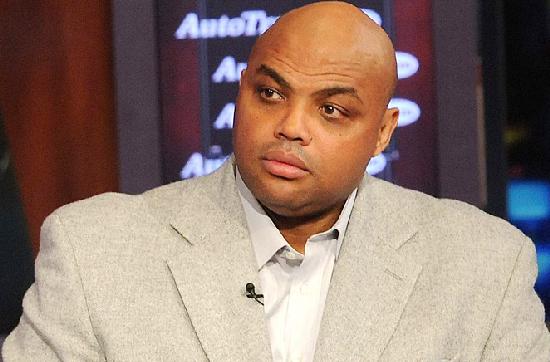 Never one to hold his tongue, Sir Charles Barkley is putting his two cents in as far as the whole “Russell Wilson (Seattle Seahawks QB) ain’t black enough issue.”

If you missed it, last week we ran a story, written by Mike Freeman of the Bleacher Report, which chronicled the trade of wide receiver Percy Harvin from the Seahawks to the NY Jets supposedly because of locker room friction that came about because of Harvin’s alleged “increasing animosity” towards Wilson. Specifically Freeman wrote that Harvin and several other players felt Wilson was “too close” to the front office and somehow he was not “black enough.”

Obviously in the scheme of things, with that kind of locker room drama and tension, somebody had to go. And wasn’t going to be Wilson ’cause quite frankly wide receivers are a dime a dozen.

Anyway, the point is that it’s that kind of thinking that made Barkley’s butt chew bubble gum as the saying goes.

Yes, it pissed him off.

So when the NBA Hall of Famer and TV analyst with TNT was a guest recently on Anthony Gargano and Rob Ellis‘ show on Philadelphia radio station 94 WIP, he slammed the idea that Wilson should be penalized by other black players for being who he is.

“It’s a dirty dark secret in the black community. One of the reasons we’re never going to be successful as a whole because of other black people,” Barkley said. “For some reason, we are brainwashed to think that if you’re not a thug, or an idiot, you’re not black enough. If you go to school, make good grades and speak intelligent and don’t break the law, you’re not a good black person.”

Barkley made the point that the so-called not black enough argument total BS to say the least.

“We’re the only ethnic group who say ‘Hey, if you go to jail, it gives you street cred.’ It’s your typical BS that goes on when you’re black man. Don’t waste a lot of time on it, please.”
Read more at https://www.eurweb.com/2014/10/charles-barkley-slams-the-aint-black-enough-school-of-thought-listen/#94fkqHRJeoDQiyIk.99