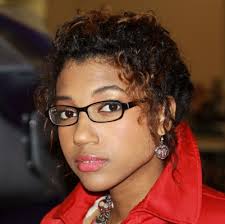 This is the fourth comic book signing for the young artist, who is also an Indie/Pop singer, songwriter (two original songs on movie soundtracks), model (Sketchers) and actress. Each comic book signing resulted in sold-out books. Harris is currently working on a children’s book titled “Let Them Dance.”

Lexee Crystal, as she is known on stage, had four of her original songs for her debut album added to the playlist of Minnesota’s HOTT Radio (www.MinnesotaHOTTRadio.com). Her singles include ”I’m Feeling Lucky” (https://soundcloud.com/lexeecrystal/im-feeling-lucky), which appeared on the sound track of a new 2014 romantic comedy “Lucky Dog; “I See,” “Gypsy Caravan” (co-written by Baltimore native singer/songwriter Neenah Taylor), and “Breathless,” which was placed on the soundtrack of the ION Channel original movie presentation “A Star for Christmas” (https://soundcloud.com/lexeecrystal/breathless). All the songs are produced and co-written by Brandon Jarrett (MoHo Productions).

“Gypsy Caravan,” “Breathless” and “I See” reached #5 on Reverb Nation’s Alternative Chart. As a singer Lexee has performed for the Minnesota “Up and Rising Back to School Bash,” and at the Minnesota Urban League Family Day.

As an actress Lexee has starred in a recruitment commercial for North Dakota State College, the dramatic film The Family Guardians, produced and director by Lee H. Jordan, and in the Minnesota stage production of “Alice in Wonderland.”

Lexee’s is also a model who has appeared in a national Skechers print campaign and Mini Mogul Music’s full-page print advertisement spread – which appeared in Pop Star Magazine.

Lexee’s comic book illustrations are expertly done, bind by a colorful hard-back cover, published under the Crystal Publishing Group imprint. You can learn more about them at www.Amazon.com (https://amzn.to/11CGufv), www.iTunes.com and on her website at www.LexeeCrystal.com. The “Samarakan” book-series are also available in several outlets throughout the Minnesota area, such as The Source Comic and Games store in Roseville, MN.
Read more at https://www.eurweb.com/2014/10/authorillustrator-lexee-harris-hosts-book-signing-sat-oct-25-at-source-comics-games/#kQqKFvIivqFb49mY.99